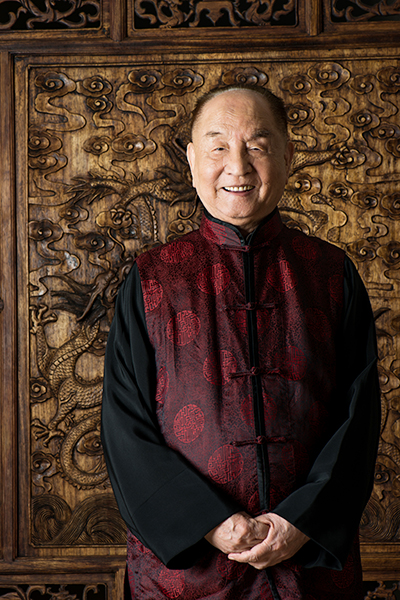 Born in 1923 in Weifang, Shandong, Xia Jing Shan learned painting from the artist of contemporary art, Mr. Guo Weiqu at the age of 16. Xia gradually mastered painting after learning the essence from Mr. Guo. At 22, Xia came to Taiwan with the military and learned from Master Nanting at Huayen Lotus Temple in Taichung. Since then, he embraced Buddhism and was acquainted with his mentor, Nan Huai Jin. Xia learned from Nan for many years.

During his stay and studies of art in the United States for around 20 years, Xia visited various world-renowned museums. He then determined to bring what he learned to China, and he set up “Jingshan college of Art” in Beijing with the purpose of cultural heritage. He was then devoted to charity events and assisted to restore Longxing Temple originally built in Qingzhou, Shandong during North Wei Dynasty. After settling down in China, Xia demonstrated more art achievements. He not only participated in the large-scale cultural and art charity event, the “Ode to Peace – Aviation & Space Art Journey” that incorporated with the launch of Shenzhou 7 spaceship but also published the phenomena large-scale Buddha painting collection, Archives of Buddha Paintings deeply establishing Xia Jing Shan’s huge impacts on the field of Buddha painting.

In 2010, “Buddha Archives-Xia Jing Shan’s Buddha Painting Exhibition” was held in Beijing Palace Museum; his recent representative work, Buddha of Zizai Guanyin was archived in the Museum for the first time. In 2012, his works were showcased in “Los Angeles Fine Arts Exhibition-History and Tradition.” In recent years, he closed Jingshan College of Art due to his aging. In 2014, he set up the “Xia Jing Shan Arts and Culture Foundation” with the aim to completely preserve his art creation and promote the beauty of traditional Chinese painting. 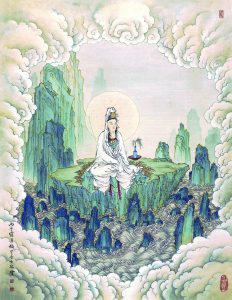